Give the People What They Want 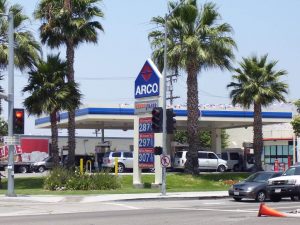 I am completely sure nobody really wants an alternative fuel to use in our cars. You know why? We don’t have it. Sure, there was some hype over a corn-based-oline awhile back. What we do want is great televisions and cell phones.

In the late 70s I sat in the passenger seat of my mom’s LTD in hours-long lines to get gas on our assigned days. If you are too young to know what I am talking about, there was a fear that we—the United States—were going to run out of gas. Yes, about 35 years ago. There were assigned days that you could get gas—odd or even depending on the last digit of your license plate. Even with that, the lines to get gas were literally hours long.

The hype around “gas wars” was worse than “global warming.”

At the same time, we got a black box on top of our television that pirated ONTV. This was the earliest version I can remember of cable TV with movies. There was ONTV and SelecTV for a modest monthly fee and you got some movies. It was sort of like a movie channel in a hotel. The black box unscrambled what the neighbors were paying for and we got the signal. Similar to using your neighbor’s wireless these days.

The 80s came rolling in with dollar drink nights, multiple TV screen walls in bars and MTV. “I want my MTV!” said every 80s music star from Sting to Billy Idol. HBO, Nickelodeon, etc., etc. Oh, and we had enough gas to get to any bar or concert we wanted to get to. And though we still didn’t have flying cars like the Jetsons had, some people had car phones. They were big and heavy and bulky, but they were phones that worked in cars and that was pretty darn cool.

Did we get a new fuel in the 90s? No, but everyone got a cell phone and e-mail. We got pay-per-view on top of the hundreds more channels that were added to our cable TV. Remember those disks of AOL trial hours that used to come in the mail all the time? Remember dial up? Remember e-mail addresses that were numbers? The people wanted free e-mail addresses, unlimited access to the Internet, and better websites. We got all of those things.

2000s, okay we now have some hybrid electric/gas cars. Yawn! If we wanted golf carts, we could have had those a long time ago. Most people I know got a Prius just to be able to jump into the commuter lane without a passenger.

Never mind that, we have big flatscreen, high definition, even 3D televisions! We have bitty telephones that can take pictures, film video, access the Internet, and have a million apps to help you do whatever it is you want to do.

We want advances in TV; we want better phones; we’re riding our bikes and paying $3 a gallon for gas.

If the people really wanted an alternative fuel, wouldn’t one already be here?