Songs That Make You Think 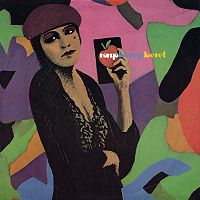 The other day I was listening to Sirius First Wave like the 80s throwback that I am and found myself singing along to the Morrissey song, “Hairdresser on Fire.” Yes, hairdresser on fire. Morrissey and The Smiths (the band he was with before going solo) songs are typically a little depressing and cover the gamut of teen troubles and angst. Hairdresser on Fire is about a busy clipper, clipping hair on Sloane Square.

However, I am bothered when a singer or a band pull out a song that is completely different from their genre. It’s like they are testing the water to see what they can get away with in their superstar status. They create a song that is a total pop rip-off with really stupid lyrics. I don’t mean stupid lyrics like “Radar Love”—which my husband actually had to prove to me that it was not “Red Hot Love,” which made much more sense to me. I mean really dumb lyrics that they would be hard-pressed to fit in any particular collection of songs. Prince’s Raspberry Beret is one of those songs.

What the heck was that all about? In the video Prince is wearing a powder blue suit with clouds on it. That was no racy “Lady Cab Driver” or provocative “Purple Rain.” It was “Raaaaaspberry Beret … the kind you find at a secondhand store.” Huh? What kind is that? Is that a “kind” of berets? Green berets, French berets, and raspberry berets? Oh right! Those are the ones I get at the Goodwill store.

“Little Red Corvette” was pretty catchy, but the pink chapeau takes it off the charts by the artist formerly known as risqué.

Steve Miller Band. Lots of fun standards with some silly idioms thrown in—“… really like your peaches want to shake your tree.” Great beats, catchy clap rhythms, cool guitar riffs,. and lyrics that told a story all make Steve Miller Band music fun. It’s great summer music that makes you want to have your car windows down and the smell of Coppertone wafting through your car on an ocean breeze.

Then they put out “Abra Cadabra.” “Abra, abra, cadabra. I want to reach out and grab ya.” It has low tones to sound … romantic? I’m not sure if it was supposed to be a ballad or what. It was just not in sync with the other songs that the band is known for. It surely did not fly like an eagle; it sort of flopped like bunny ears from a magician’s hat.

Regardless of what you think of Wham star George Michael, he has one song that is way more bubble gum pop than any other of his songs. I know, I know. Wham’s eponymous song “Wham!” that went, “Wham! Bam! I am! A man!” was pretty goofy and really should have made his sexual preferences clear from the get-go. But the song I am talking about was even more juvenile and I bet was on more than one collection of songs for the eight and younger set. You know, the kind of CDs they sell at the checkout counter at party stores. Buy some helium-filled balloons, some Barbie paper plates and a “Songs Kids Can Pogo To” CD featuring George Michael singing “Wake Me Up Before You Go-Go!”

Wake me up before you go-go? It starts with this electronic-sounding refrain: “Jitterbug, Jitterbug” that is reminiscent of Manhattan Transfer. It then proceeds with an upbeat, catchy tune that should have been a jingle.

“I’m a Pepper, You’re a Pepper, We’re a Pepper,” is somewhat similar. Perhaps it would have sold Coffee-Go (coffee flavored candy that has as much caffeine in one piece as a cup of coffee) better than it sold George Michael as a musical genius.

Barry Manilow, who wrote that Dr. Pepper jingle and can keep his jingle-writing off of his record label, has had a very successful career with a great, steady gig now in Vegas and no messy skirmishes that Michael had to get through. Maybe George should be a Pepper.

Yet, worst of all have been some actors who have tried to cross over into music. In my last round of purging cabinets, I threw out a cassette called Bruno. It was Bruce Willis singing more than his raspy, jazzy jingle for Seagram’s Golden Wine Coolers. It wasn’t bad, but it wasn’t good either. He does okay on Letterman as a special guest with Paul Schaefer from time-to-time playing a mean harmonica. “Bruno” was recorded not long after (might have been during) his TV show “Moonlighting,” and long before Pulp Fiction and Demi Moore.

The best of the worst songs ever are definitely from Eddie Murphy. I can still hear him singing “My Girl Likes to Party All the Time” using a falsetto at a few points in that song. Who could forget his other song that must have been inspired from Dr. Demento, “Boogie in Your Butt.” It includes lyrics like “Put an alligator up your butt.” It was not just sort of out of place and incongruent, they were ridiculously stupid. His Buckwheat songs were way better!

I miss Eddie Murphy when he did dirty stuff compared to Klumps and Haunted Mansion, but my kids love his voice in Shrek, Mulan, and other animated movies.

I know I have missed some incredible fluff songs from bands around the world. Go ahead and enlighten me with your favorite stupid song from reputable—or not so reputable–musicians. Just leave a comment.