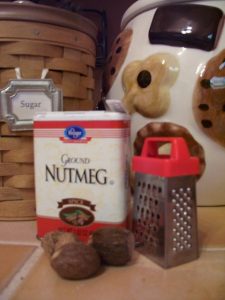 (names have been changed a little bit to protect the foolish)

I went to a Christian high school that was associated with a Baptist church. They tried to tell us that the school was non-denominational but it wasn’t. Our textbooks were published by Bob Jones University Press. Bob Jones University (BJU) is the place that political candidates rarely visit lest they alienate the majority of their electorate.

Although BJU does not espouse a particular denomination of Christianity, its philosophy includes this statement: Bob Jones University seeks to maintain high academic standards, an emphasis on culture, and a practical Christian philosophy that is both orthodox and fervent in its evangelistic spirit.

There is no flexibility for biblical grey areas on the BJU campus: no drinking, no dancing, no denim (not sure what the Bible said about denim; maybe something about Levi—must be in the Old Testament), skirts with no slits or hemlines above the knee to classes for women, and so on.

Some of my teachers were graduates from BJU and some from Southern California’s Biola University.

My high school campus was modeled after this same philosophy in many, many ways. Skirts or dresses with nylons and heels, no dances, only banquets, and an extremely conservative religious bent on history.

Our home economics teacher was a very plain woman named Mary Gettes (pronounced Gets). She was also the cheerleading coach and typing teacher. By the way, our cheerleader skirts were eight box pleats that draped heavily to our knees. I am surprised, in hindsight, that we were allowed to kick above our waists, but we had cheers that got banned and any performance routine had to be accompanied by classical, or at least non-lyrical, music.

Mrs. Gettes was married to the football coach—a stereotypical overgrown jock—who wore stiff polyester sweat pants, a whistle and a baseball cap. When they announced they were expecting their first child my sister quipped, “Mary Gettes pregnant!” We all wondered how it happened—it was a bad visual.

She had a certain drawl to her voice that was indiscernible as a regional dialect or just a slow pace. She was a good teacher, but a bad cook. She taught us menu planning and how to organize our recipe file. We got to make dishes in the kitchen somewhat regularly and mostly we thought they tasted bad. In December we got to make some holiday fare for our own little party. We made some sugar cookies and a pie, and then Mrs. Gettes was going to teach us how to make egg nog. The way she said egg nog sounded like “Ayg-Nawg,” and the sound of the g’s seemed to loop together somehow.

I loved egg nog! I couldn’t wait for the holidays so that rich, creamy, nutmeg-dotted elixir could pour slowly from a red and green carton. When I was very young, my mom used to buy me an instant powder for egg nog. Really! It was very sensitive to the right ratios and did nothing to thicken the milk, but it had that taste—at least for a five your old’s palate (disclaimer: I liked Spam too).

Mrs. Gettes showed us the most important part—how to cook the eggs to get out the bacteria and not scramble them. We tempered them by slowly adding the warmed cream mixture to the beaten eggs, then returning the whole batch to the heat.

From a brown paper bag on the floor under the work table, she pulled out a bottle of brandy and a bottle of rum. These were not single-serve-sized bottles, these were econo-sized bottles. They were new bottles, so this was not from her own supply. She had taught us to look at the price per ounce in the grocery store and apparently the same practice needed to be done in the liquor store.

She noticed the shocked look on our faces, and the silence.

“What?” she grinned. “We are making a traditional egg nog and this is how you do it.”

She added a cup or two of each. Not a shot glass or two, a cup–as in 8 ounces a pour. Keep that pitcher away from an open flame!

We took the pitcher and our platter of cookies and pie back to our classroom for our feast. She poured us each about a half glass of the egg nog and we helped ourselves to our desserts. She might have said a toast and we each took a sip from our cups. It was so strong it gave me a shiver and made my jaw clench, before I exhaled hot breath. It tasted like rubbing alcohol in a milk shake. It was awful. What a waste of nutmeg.

She excused herself to go to the bathroom (pregnant). As soon as she left the room we burst with comments and laughter and shared shock. And then, we each poured our egg nog back into the pitcher–every drop.

We quickly sat back in our seats and tried to look nonchalant. Fifteen-year-old girls are not good at looking nonchalant after committing a crime.

She walked through the door and spied the pitcher, once again completely full.

“Someone didn’t like their egg nog!” she said. We glanced at each other and tried to stifle our laughter to no avail. She did not commend us for being good BJU prospects, she just smiled and ate another cookie (pregnant).

In hindsight, we all should be happy we made egg nog and not mai tais that day. I think we might have finished those which would have been obvious in our next class and resulted in ‘Mary Gettes unemployment.’