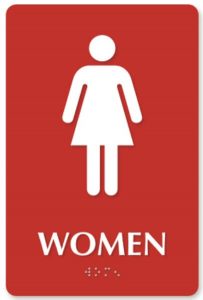 I just took my kids to Pigeon Forge, Tennessee for a family reunion. We were outside Pigeon Forge in a beautiful cabin overlooking the Smoky Mountains. It was a wonderful trip but not without some challenges.

My husband had a previous engagement to go to golf camp with his dad in Colorado. He had to miss his chance to hobnob with hillbillies, but we all have to make choices (whatever!). The hillbillies were the locals, not my relatives, of course. The family prefers the term “Rurally Cultivated.”

Traveling with a kid to parent ratio of two to one can be an adventure on many levels with lots of learning opportunities. The biggest challenge is going to the bathroom. You can’t send one by her self, and you can’t leave one behind to watch all the carry-on bags. If you don’t schedule some potty breaks, you are sure to get caught deciding among sending them alone, going with them and leaving your stuff with strangers, or re-packing the mule (AKA Mom) every time nature calls.

A few weeks ago the two had gone into a bathroom at a restaurant where they were dining with their aunt. Sharing the same ratio and the same challenge, she sent them to the restroom while she stayed at the table where she could see the ladies restroom door. It is unclear what really happened to make them believe they were locked in, but their imaginations spun out of control faster than a smoothie in a blender.

In a split second they believed their aunt was going to completely forget they were with her, pay the bill and leave. As fear took them hostage, they didn’t pull the door instead of push, or turn the doorknob and then try to push/pull. They did what little girls do best. They screamed! She retrieved them and all was well.

The first opportunity for the potty break was on the plane from Los Angeles to Atlanta. We had just finished not eating our $8 Todd English-developed fried chicken sandwiches and the cellophane pouches were sprinkled all over the three lap trays in front of us. We were on a big plane; two aisles, seven seats across, with three in the middle, that one. We had the three seats in the middle allowing a 360 view of the cabin.

With a little prodding, I got her to agree to take her sister so I could mind the trash now all shoved over and piled on my tray. I could see the bathroom and would just keep my eye on the door until they made it out and make sure no one else tried to make their way in.

“If something happens, push the call light that has a picture of the stick lady carrying a cup. And don’t scream.” This warning seemed warranted. If they scream on a plane these days, I think a ranger pops out of the overhead bins and arrests somebody.

“Why would something happen?” she asks. Uh-oh, I have now introduced the possibility that something could happen.

“Nothing will happen,” I reassure her. “Now just go over there. It’s right behind the TV.”

I see their little heads bob above the seats to the TV, and come back.

“Mommy, that’s an EXIT,” they explain with a hint of “what kind of a mother are you anyway?” in their voices.

“Behind the exit row is the bathroom. Look, I can see the light on, can you see it?”

The little one was certain she knew just what I meant.

Off they went again, up six rows and into … the kitchen.

“The other TV,” I mutter under my breath. They reappear, trot across the aisle, and the light from the bathroom disappeared behind the folding door without any screaming.

“Mommy, mommy! Call Daddy when we get to the airport and tell him we went to the bathroom by ourselves on the airplane!”